Thousands of teams have found our mature film exchange to be the best solution for their club or league. No contracts, no arm twisting, trade film with anyone. 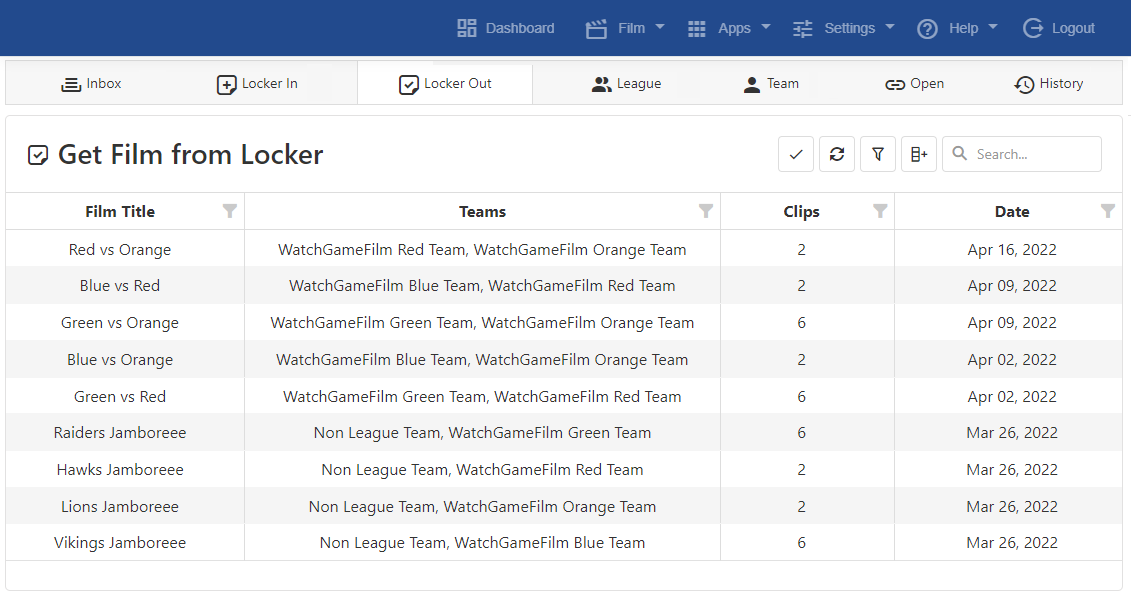 League Locker is the perfect solution for league teams that need to trade film after every game in the season.

The League Locker is designed for proper league management of film and provides teams with access to all league games.

Please contact help@watchgamefilm.com if you are part of a league and want to get set up for League Locker. 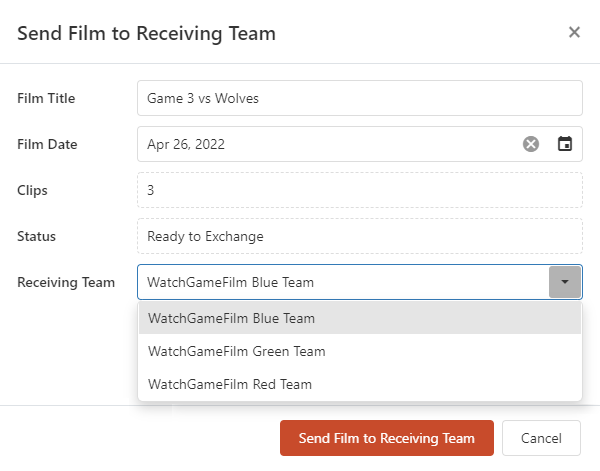 League Exchange is designed for teams who are in leagues that do NOT share all of their league film with each other.

League Exchange allows two teams within the league to directly trade film with each other without giving all of the other league teams access to the traded film.

Please contact help@watchgamefilm.com if you are part of a league and want to get set up for League Exchange. 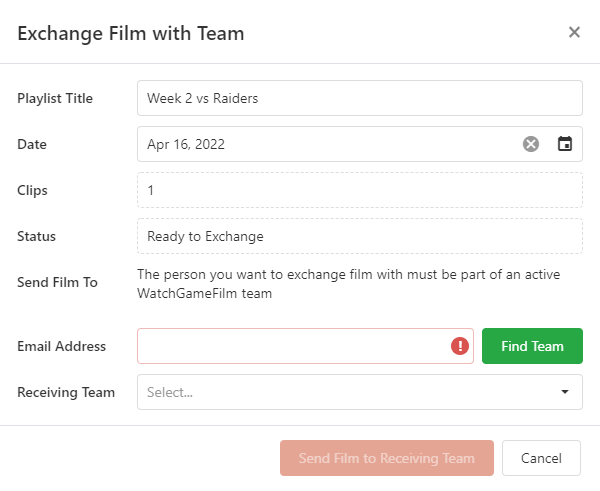 Team Exchange is designed for teams using WatchGameFilm who want to trade film but are NOT in the same league.

Coaches are able to search for a team by typing in the email address of the coach they want to trade film with.

Film is sent and received instantly since both teams use WatchGameFilm as their exchange platform. 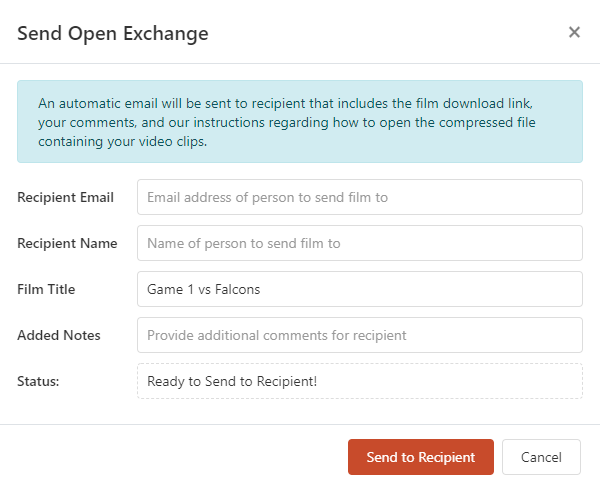 WatchGameFilm provides a simple and open way of exchanging film with opponents who may be using a different film management system such as Hudl.

We see many teams use Open Exchange when they get to the playoffs and are trading film with teams they normally do not know.

Open Exchange allows a coach to give another coach access to a film without requiring that coach to log on or use WatchGameFilm. 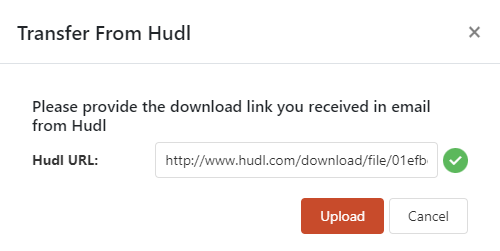 This is a quick and advantageous way to transfer film into your team as it does not require you to first download film from Hudl to your device and then upload it again to the WatchGameFilm servers.

All you need is the Hudl download link of the film.

WatchGameFilm provides an easy way to share a specific play with others via email or posting on their social media account.

A share link is generated and the shared clip can be publically viewed by anyone who has the url.